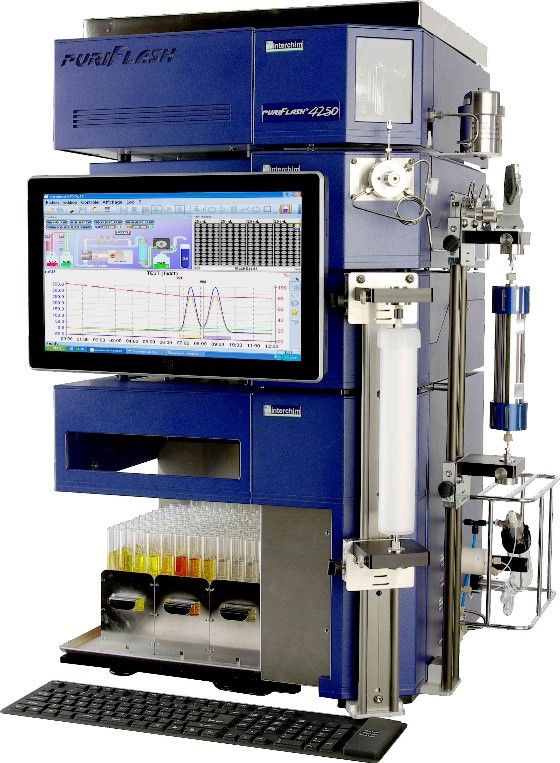 Interchim is present on the Flash chromatography market since 1995 with different distributions. In 2008, Interchim launched its own range of devices and consumables revolutionizing the purification.

The range has been developped with the Preparative and versatile device that allows customers to work on Flash and Preparative columns on a single device.

It offers new solutions to ours customers through UPFP® concept (Ultra Performance Flash Purification). The UPFP concept is the combination of advanced machine technology, built to last and mastery of small particle spherical silica puriFlash® columns which offers significant benefits over the traditional Flash grade silica.

The ELSD detector is an universal detector unlike other detectors (UV, RI, Mass). The detector can be used in either normal or reverse phase condition but also with a gradient of several solvents. Response factors are constant, which is not the case for the UV detector.

The ELSD was developed with the Sedere company, a leader in this field. It has been specially designed for the purification (small amount of sample lost- 40µL/min, specific nebulizer, large range of mass to be purified, easy maintenance, low gas pressure required). 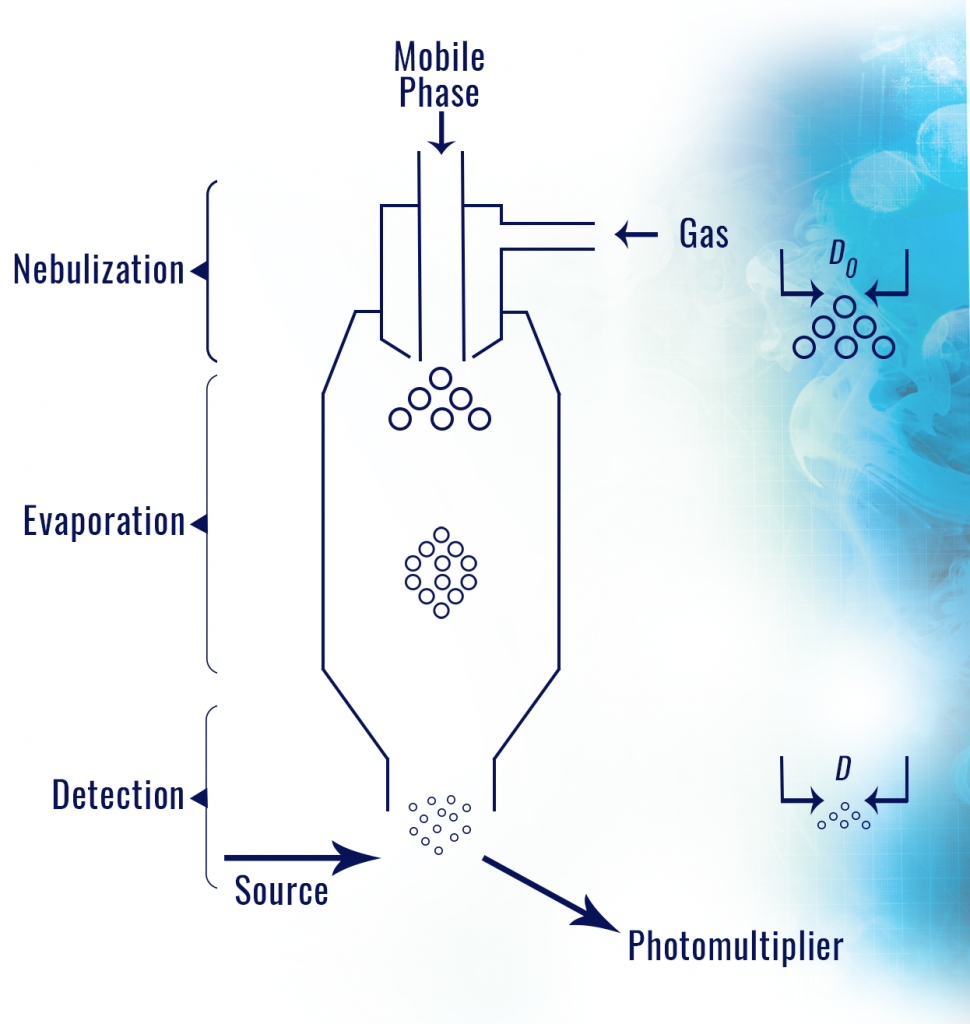 The nebulization is done with a venturi nebulizer :

The evaporation is realized using a heated tube. Nebulization mist flows through the tube. Solvent is evaporated.

Detection of light diffusion using Photomultiplier or a photodiode :

It will adapt the gain to avoid saturation while to continue to detect small quantity of products. ELSD becomes unsaturable without impact on sensitivity. 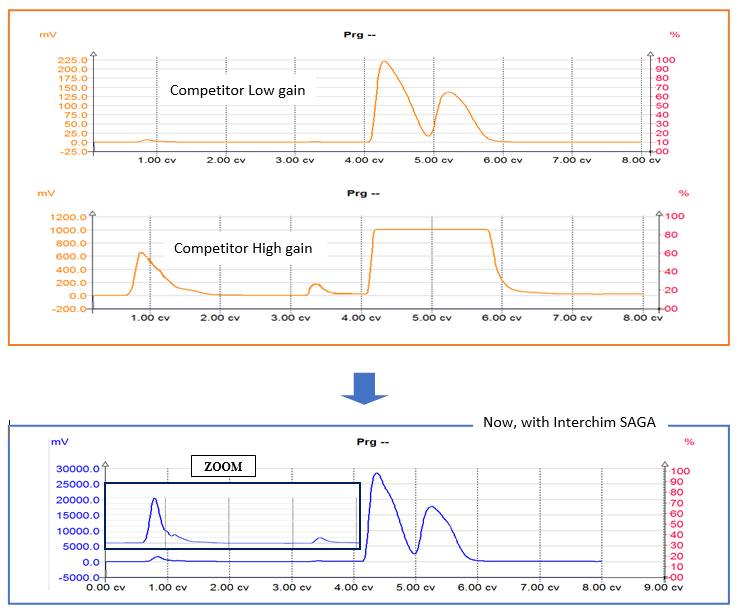 Sedere and Interchim, with this new advanced technology, offer a new solution for customers.
The automatic gain is delivered with all puriFlash devices. puriFlash system becomes easy to use and can detect all compounds regardless the quantity to purify.
A low gain doesn’t mean more sensitivity, we can’t see impurities.
On the contrary, high gain is too much sensitive, we can see impurities but the two mains compounds co-detected.

By developing with Sedere the automatic gain (SAGA), Interchim provides a good answer to this matter, having sensitivity and “seeing” call compounds without saturation in the same time.

It makes user life easier as it is not necessary to adjust the gain according to the sample load.

It works for little quantities (2mg) and for higher sample loading up to 20%.

All compounds are detected and 100% seen. 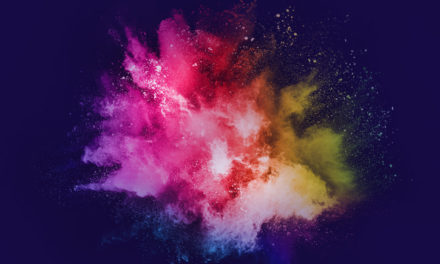 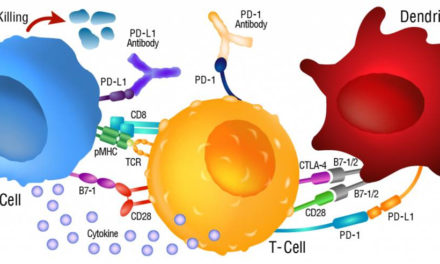 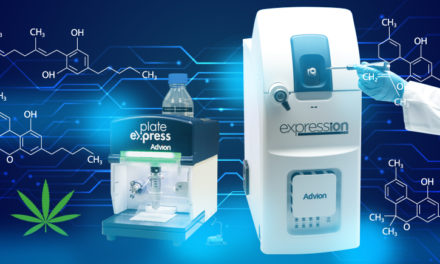 Cannabinoids analysis with the mass spectrometer from ADVION expression CMS 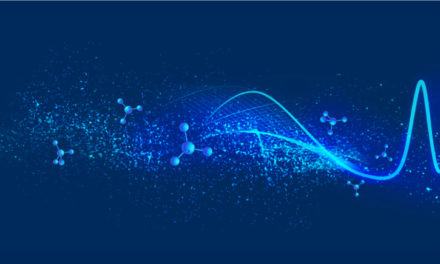