If the first ones are still widely used In the field of flash chromatography or industrial scale purification, the latter are now the absolute standard for (U) HPLC analysis.

But what are their advantages or disadvantages?
Could we indifferently invert them in their respective use?

To answer, let’s first examine the structure of silica. Chemically it consists of silicon atoms and oxygen. Each silicon atom is mobile and linked to oxygen atoms. The general structure can be represented as well :

Irregular or spherical, the most common silicas retain this chemical structure. When they are synthesized, the processes implemented lead to the creation of particles of the forms that interest us. Spherical silicas resemble small porous beads whereas irregular particles are similar to small pebbles that are also porous. 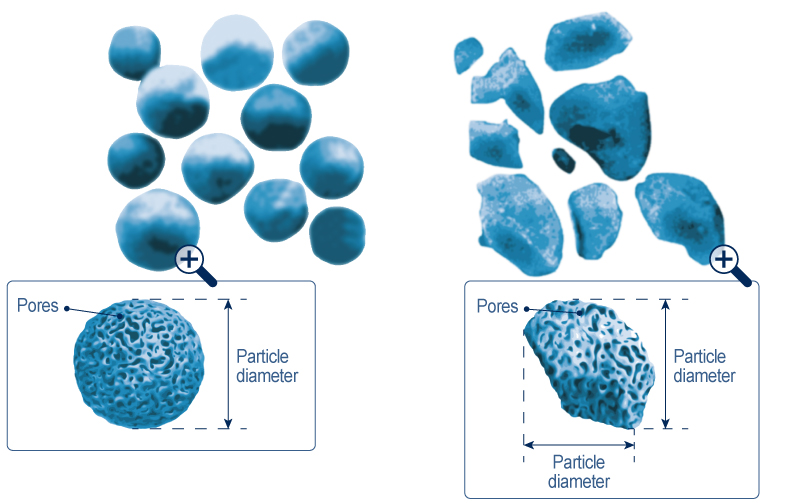 These silicas are characterized by chemical and physical values that give them special properties essential for separating chemical compounds with very varied structures.

Stacking of silica gel in a column

A Flash, (U) HPLC or preparative column filled with these silicas will be more or less effective depending on the particle size of the media. It is best estimated that a plate (separation stage) can not be smaller than the diameter of the silica particle. As a result, the smaller the particle, the more “plates” in the column. In the example below, whatever the theoretical model, it is deduced that particles of 15μm will have a stacking 2 times more compact than particles of 30μm.

The irregular silicas show, as their name indicates, indefinite shapes for which it is difficult to measure the mean diameter. In addition, their stacking is disordered and resulted in a much lower compactness than the spherical silicas. Finally, these silicas usually contain many “fines”, that are, small fractions that can pass through the columns frits.

The arrangement of spherical silicas is much greater than irregular silicas. Solvent flow through the column follows a more linear path. The analytes families are less dispersed and exit the column in a smaller solvent volume. Peaks are finer and more Gaussian.

It is therefore easy to understand the interest of spherical silicas for who are seeking a more efficient separation. Silicas with smaller particle sizes offer the possibility of reducing the lengths of the columns and therefore the elution time while maintaining a good separation.

For modern analysis and quantification, the use of spherical silicas is obvious. For purification, the best compromise must be found between the price of the adsorbent and the separation efficiency. 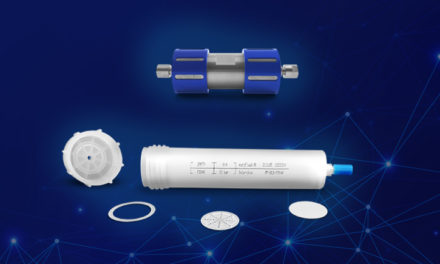 Tutorial: How to make a solid deposit in few steps 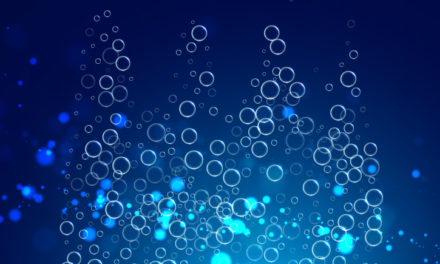 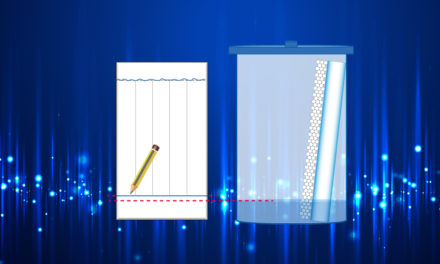 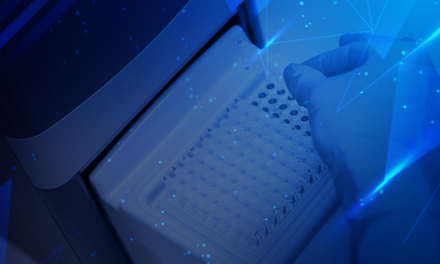