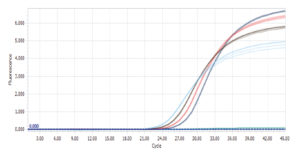 Amplification plot for RealQ Plus Green run on LightCycler® 96

Prepare a DNA dilution series according to the figure below. Mix well by flicking the tubes (do not vortex!) and spin down. 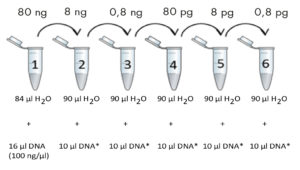 Prepare a reaction mix according to the table below. After adding all the components, vortex for 2 seconds and spin down.

Distribute 20 µl of the reaction mix into the bottom of the blue wells according to the figure below. 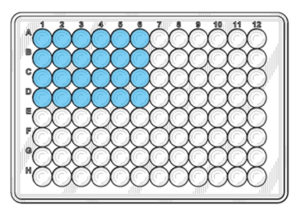 Distribute 5 µl of DNA from the dilution series, into the wells. Make sure that the tip is submerged as little as possible into the liquid of the tube and the well. DNA should be distributed into the liquid and not onto the sides of the wells. 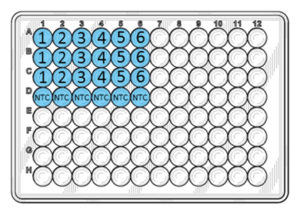 NB: Do not pipet up and down into the wells; the DNA will mix during the initial heating of the PCR run.

Use the PCR cycling protocol below when running the plate on the real-time PCR instrument. Run the melt curve according to instrument default settings.

The results should be within the specifications listed below in order to accept the mix. Use the table below to evaluate the mix. 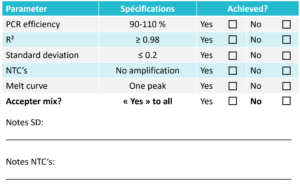 The results should be within the listed specifications in order to accept the mix. Note that the parameters: melt point and Cq-values, are buffer-dependent and therefore cannot, nor should give the exact same results as experiments with a different buffer.

For a better understanding of what to look for when evaluating a mix please read the guidelines below.

When looking at the standard curve, the three main parameters to focus on are: PCR efficiency, R2-value and standard deviation between replicates.

The PCR efficiency indicates how efficient the target has been amplified and should be between 90-110 % to be acceptable. This is one of the most important parameters to look at when evaluating a mix.

The R2-value is a statistical measure of how close the data are fitted to the regression line and should be ≥ 0.98.

The NTC’s should not have a peak at the same melt temperature as the intended product. If this is the case, then there is a contamination, which can give a fake contribution to the results.

Cq-values should be evaluated in relation to PCR efficiency and not be the only focus of interpretation, as long as the PCR efficiency is calculated and kept within the specifications (90-110 %). If the Cq-value is extremely high, it can be due to a low PCR efficiency, and thus the issue might be detected in the evaluation of efficiency.

Inconsistency in Cq-values can also be due to inhibitors in the sample and may result in an efficiency of more than 110 %.

Furthermore Cq-value can be influenced by SYBR level, ROX level and target length (when running SYBR experiments) and can therefore vary from master mix to master mix. Small differences in Cq-values are expected when comparing two mixes.

It is less relevant to look at SYBR levels when evaluating a master mix. This can be manipulated by simply adding more SYBR to the buffer and has not necessarily anything to do with how well the mix performs. Too much SYBR can inhibit the PCR amplification, but if this is an issue, then it will be detected when evaluating the PCR efficiency.

Furthermore, the SYBR level can be influenced by ROX if the amplification plot is plotted with Rn or ΔRn on the y-axis. Only in the multicomponent view of an amplification does the ROX not influence the Cq-value.

If two different master mixes are compared, then prepare a reaction mix with the other master mix as well and with the same primer concentrations.

If the same PCR cycling protocol is used, then distribute the reaction mix and DNA dilutions according to step 3 and 4 but in wells A7 to D12. Run the melt curve according to instrument default settings.

If the other master mix is run with a different PCR cycling protocol, then distribute the reaction mix and DNA dilutions into a second PCR plate according to step 3 and 4. Run the plates separately. Run the melt curve according to instrument default settings.

This guideline focuses on simplicity and keeping the required amount of work time to a limit. In order to make a thorough evaluation of a master mix other parameters should be taken into account. The most important parameters include:

When looking at all these parameters it is possible to make a deep and thorough evaluation and the experiment setup will then be optimal.

Extact from the Ampliqon items: 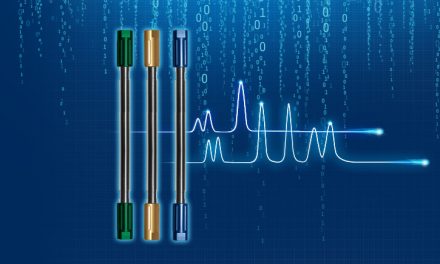 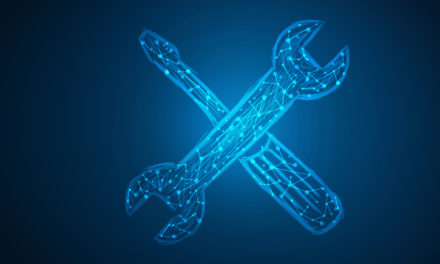 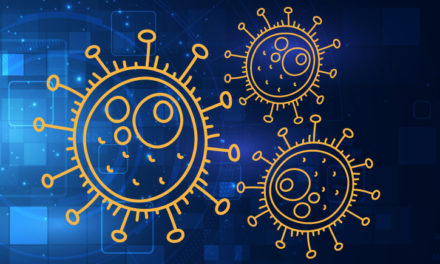 Liquid chromatography: how to choose your columns easily with our tools and selection guides