Reverse phase chromatography is a technique widely used to purify peptides. This technique owes its popularity to the fact that the purification times are quite short and the efficiencies achieved. The mobile phases used (mainly acetonitrile and water) are volatile which facilitates the concentration / lyophilization steps.

The solubility of the peptides in solution depends on several parameters:

There are some rules to guide in the solubilization in aqueous medium:

Peptide sequences comprising a very large proportion of Serine, Threonine, Glutamic acid, Asparagic acid, Lysine, Arginine, Histidine, Asparagine, Glutamine or Tyrosine may form an intermolecular hydrogen bond network and have a tendency to form gels in aqueous solution. When they are concentrated, these peptides can be treated as hydrophobic peptides.

Of course, before passing the sample on the column, it is preferable to test the solubility of a small part under the method start conditions. It’s better to choose a solvent easily removable by lyophilization to recover the solutes as pure as possible.

How are the peptides eluted?

The interactions that manage reverse-phase peptide purifications are between the stationary phase and the hydrophobic scaffold of the peptide. They are non-dispersive and low-selective with 2 main mechanisms that are adsorption and sharing.

Small peptides (with molecular weight less than 3kDa) are eluted by a sharing mechanism while the larger peptides are eluted mainly by an adsorption mechanism. That is to say that the molecules at the injection “sticks” against the stationary phase. Then they are eluted when the proportion of organic solvent reaches a defined percentage. 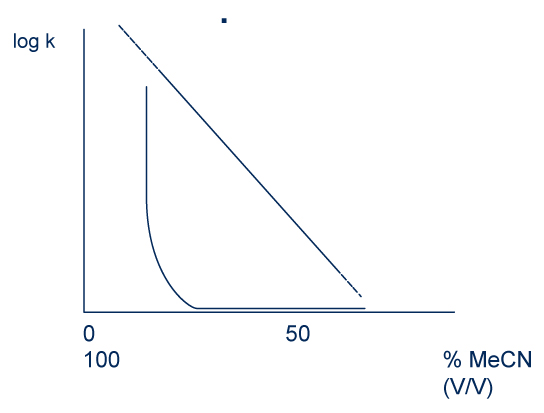 Retention according to the volume fraction of acetonitrile

Choice of the stationary phase 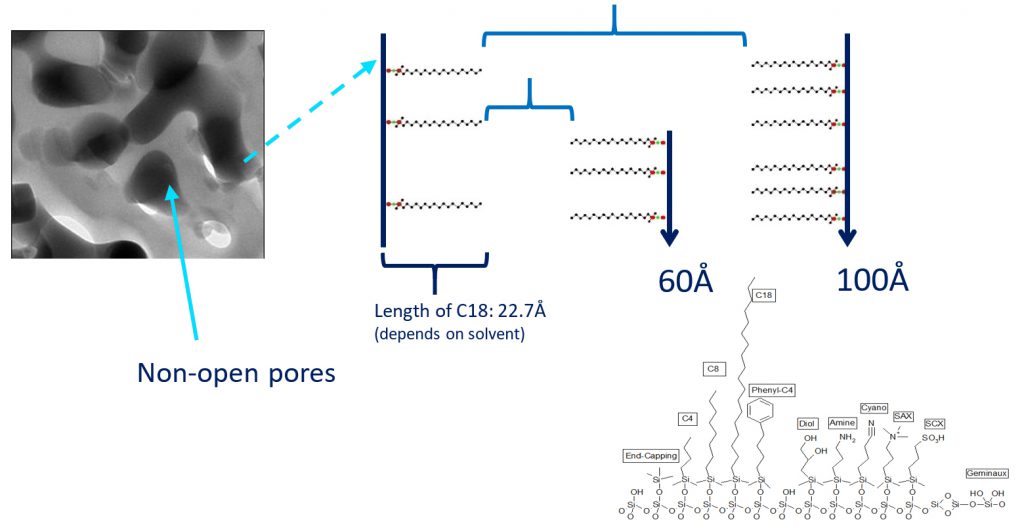 The choice of the stationary phase depends on the length of the peptide chains of the solutes which can limit the interactions by steric genes.

A C18 column will preferably be used for peptides of small and medium size, followed by a larger C8 peptide and C4 for polypeptides.

The last point affects the size of the particles. Given the difficulty of some purifications, it is not interesting to use sizes greater than 30µm.

The most used solvents are water and acetonitrile. Acetonitrile allows to increase the elution of peptides. The fact that this solvent does not respond in UV and is easily removable, makes it an obvious choice.

It is common to use at the same time trifluoroacetic acid (TFA) as an ion-pairing agent which makes it possible to reduce the ionic interactions between the peptides and the stationary phase. Moreover, the high volatility of the TFA makes it a good element as easily removable (be careful, TFA must be present in the same proportion in the two solvents). The disadvantage of this product is that it will make the detection of MS difficult. It is then necessary to lower its concentration but it degrades the profile. As an alternative, you can use another agent such as formic acid that allows detection.

For applications with very hydrophobic compounds it is possible to use isopropanol. This solvent with a greater eluent power has another advantage, not negligible, keeping the biological activated of the peptides. This solvent is mainly used for polypeptides on C4 300Å column.

Generally we start the method with 5% of strong solvent, to increase the eluent force of 1% / min, which allows to have a better resolution.

For applications with polar peptides, use a HILIC mode.

Influence of some parameters

Several parameters are important to optimize the purifications: 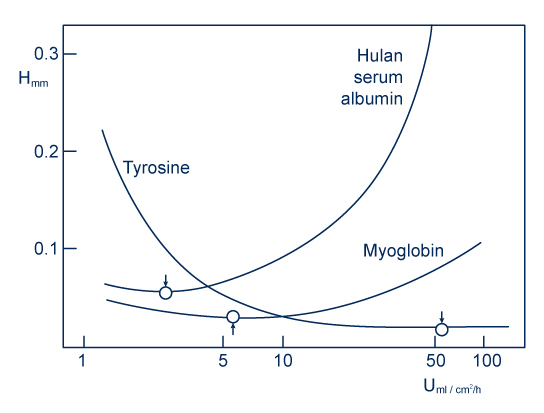 For peptides of low MW, there is an optimal flow (Van Deemter curve ….)
For peptides of high MW, the rise in flow alters the profile of the peaks. It can even cause peak duplication if the flow rate is too high.
Tyrosine: 181 g/mol
Myoglobin: 17 000g/mol
Albumin: >60 000g/mol 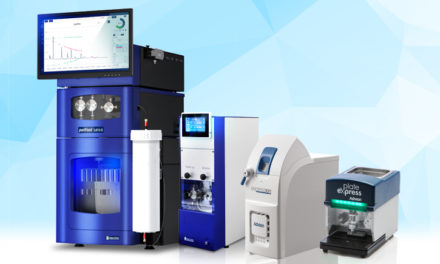 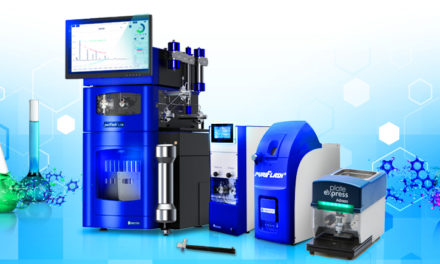 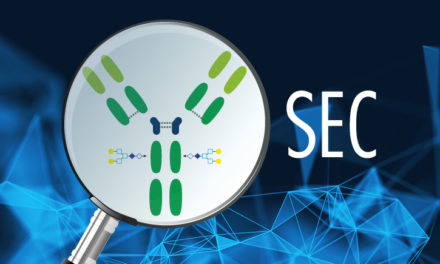 Analysis & purification of proteins: SEC (Size Exclusion Chromatography), the separation of molecules according to their sizes 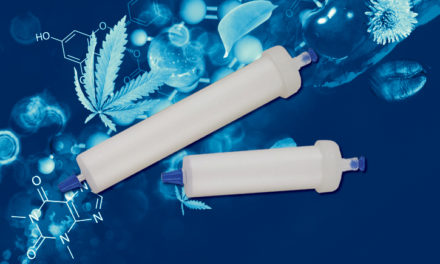