Caracterisations, analysis, separations, purifications of biologicals molecules (peptides, proteins, oligonucleotides) are absolutely needed to identify or to get the purest as possible molecule for its use as therapeutic molecule or also to know its organism role, its structure or its inter-actions.

These different technics allow the knowledge of the peptidic sequence of a protein, the analyse of the proteic aggregates or also to see the isoform, the charge or glycosylations variants and to separate the ADC – Antibody Drug Conjugate.

Finally, analysis is vital to the perfect knowledge of the protein we have to purify. 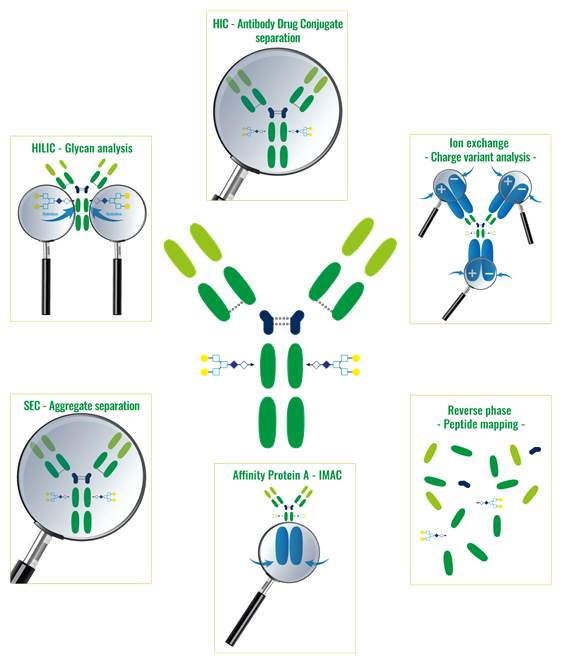 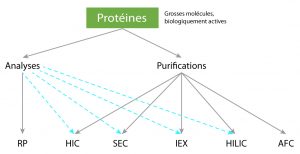 In a column a mobile phase pushes analytes through beads (of silica, agarose or polymers):
It is the “diffusion”principle.
Following the interactions betwwen beads and molecules, analytes are more or less retained. 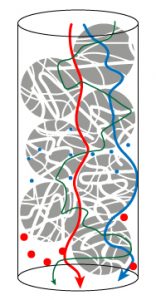 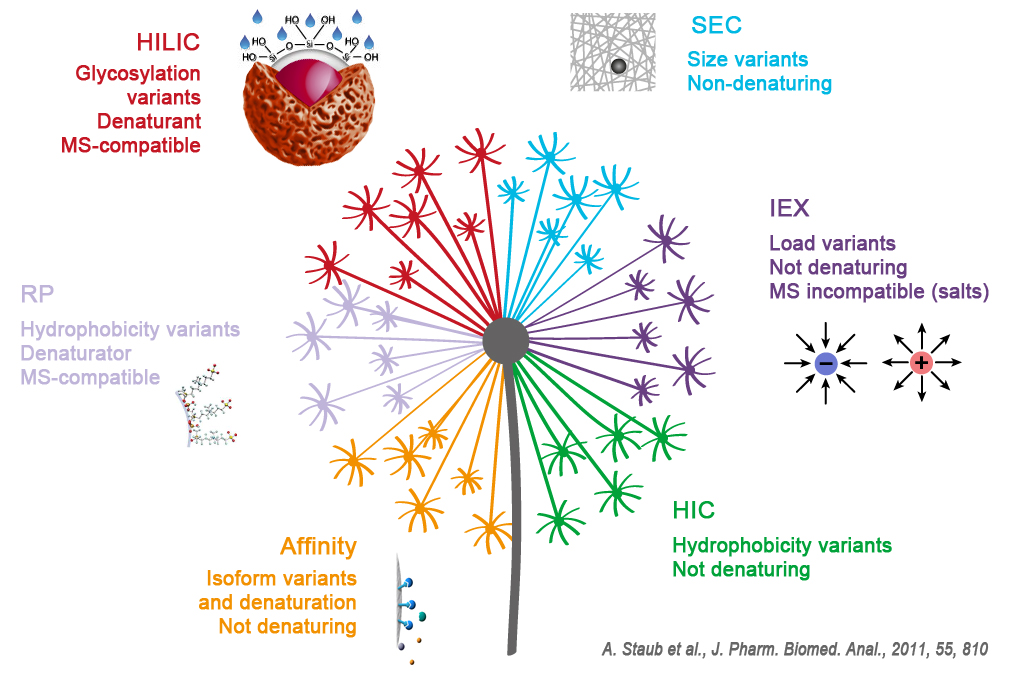 Molecules are separated following their hydrophobicity.

Molecules are separated following their global surface charge. If the molecule of interest is negatively charged we are speaking of anion exchange, if the molecule is positive it is cation exchange.

Molecules are separated following their affinity with an immobilized ligand.
Affinity chromatography is the selective separation of active biomolecules, and their isolation from their inactive or denatured forms.

THE technic of choice for antibodies.

Molecules are separated following their size or their steric hindrance.
The elution order is inversely proportional to the proteins hydrodynamic radius (the biggest molecules are excluded first).
It is often used for the study of the aggregation & folding of proteins or for desalting (after digestion or chemical modification).

Molecules are separated following their global surface charge. It is dependent on the pH and ionic strength (conductivity) of the mobile phase dependent.
HIC is particularly well suited for ADCs purifications. ADCs are complexed molecules composed of a mAb linked via a stable linker with labile bonds, to a biologically active cytotoxic drug. 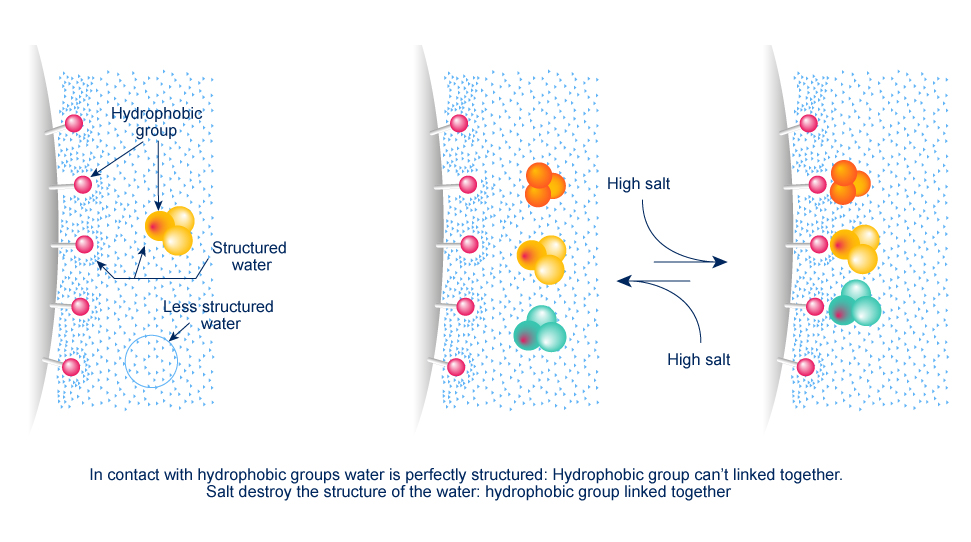 Very efficient for glycosylated varians purification, it is rarely used for proteins instable in organic solvant
The chromatographic resin is hydrophilic and the molecule exclusion is from the less to the more polar molecules (Inverse of RP technic). 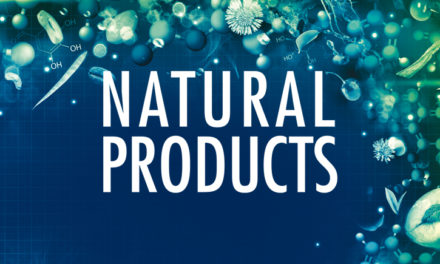 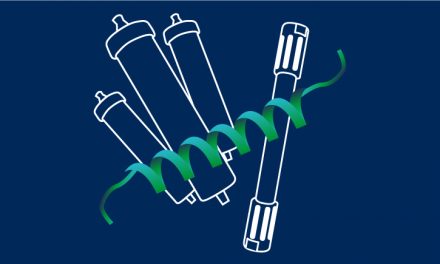 Why choose puriFlash®monolith columns and their particular structure? 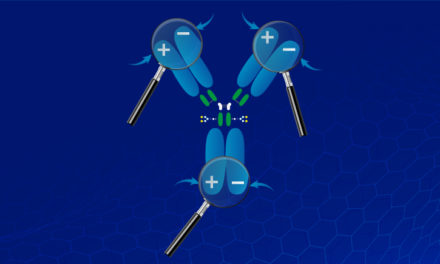 Analysis & purification of proteins: all about Ion Exchange Chromatography (IEX)